Eddy Current Testing (also commonly seen as eddy current testing and ECT) is one of many electromagnetic testing methods used in nondestructive testing (NDT) making use of electromagnetic induction to detect and characterize surface and sub-surface flaws in conductive materials.

Eddy Current Principle
Eddy currents are created through a process called electromagnetic induction. When alternating current is applied to the conductor, such as copper wire, a magnetic field develops in and around the conductor. This magnetic field expands as the alternating current rises to maximum and collapses as the current is reduced to zero. If another electrical conductor is brought into the close proximity to this changing magnetic field, current will be induced in this second conductor. Eddy currents are induced electrical currents that flow in a circular path. They get their name from “eddies” that are formed when a liquid or gas flows in a circular path around obstacles when conditions are right.

In order to generate eddy currents for an inspection, a “probe” is used. Inside the probe is a length of electrical conductor material which is formed into a coil. Variations in the electrical conductivity and magnetic permeability of the test object, and the presence of defects causes a change in eddy current and a corresponding change in phase and amplitude that can be detected by measuring the impedance changes in the coil, which is a telltale sign of the presence of defects. This is the basis of standard ECT. NDT kits can be used in the eddy current testing process.

ECT has a very wide range of applications. Since ECT is electrical in nature, it is limited to conductive material. There are also physical limits to generating eddy currents and depth of penetration (skin depth). 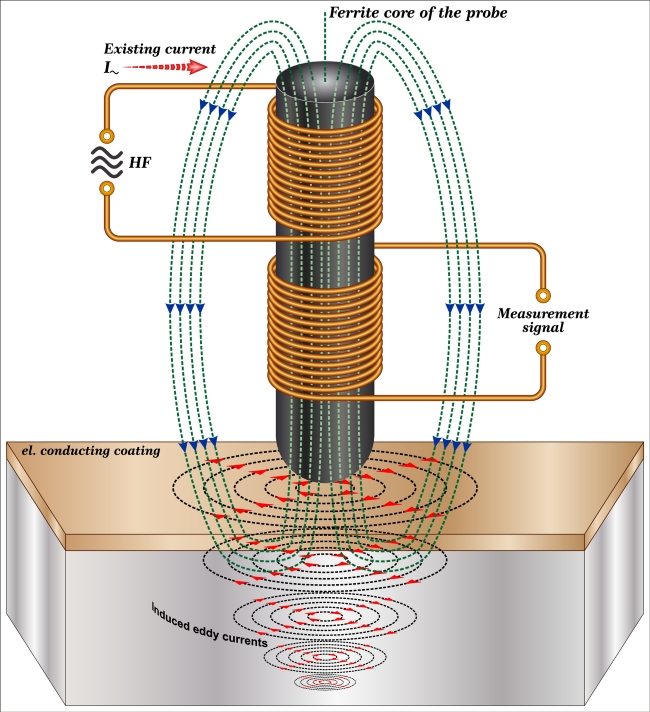 Tubing inspection is generally limited to non-ferromagnetic tubing and is known as conventional eddy current testing. Conventional ECT is used for inspecting steam generator tubing in nuclear plants and heat exchangers tubing in power and petrochemical industries. The technique is very sensitive to detect and size pits. Wall loss or corrosion can be detected but sizing is not accurate.

A variation of conventional ECT for partially magnetic materials is full saturation ECT. In this technique, permeability variations are suppressed by applying a magnetic field. The saturation probes contain conventional eddy current coils and magnets. This inspection is used on partially ferromagnetic materials such as nickel alloys, duplex alloys, and thin-ferromagnetic materials such as ferritic chromium molybdenum stainless steel. The application of a saturation eddy current technique depends on the permeability of the material, tube thickness, and diameter. A method used for carbon steel tubing is remote field eddy current testing. This method is sensitive to general wall loss and not sensitive to small pits and cracks.

One of the major advantages of eddy current as an NDT tool is the variety of inspections and measurements that can be performed.

In the proper circumstances, eddy currents can be used for;

Some of the advantages of eddy current inspection include; 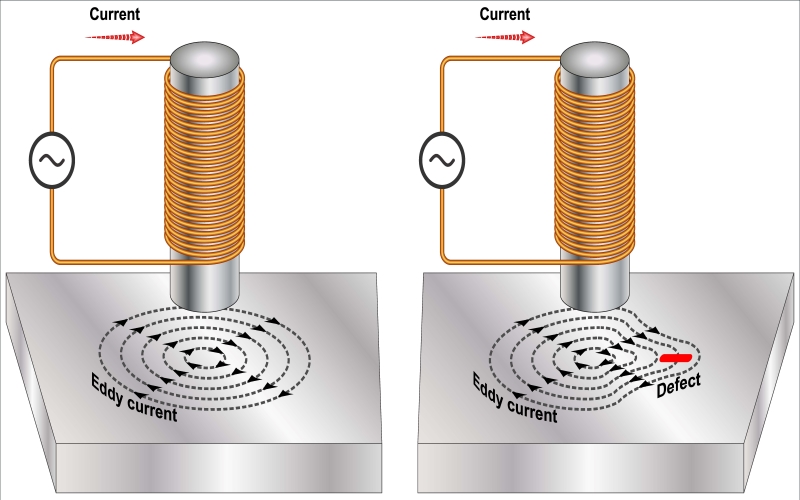